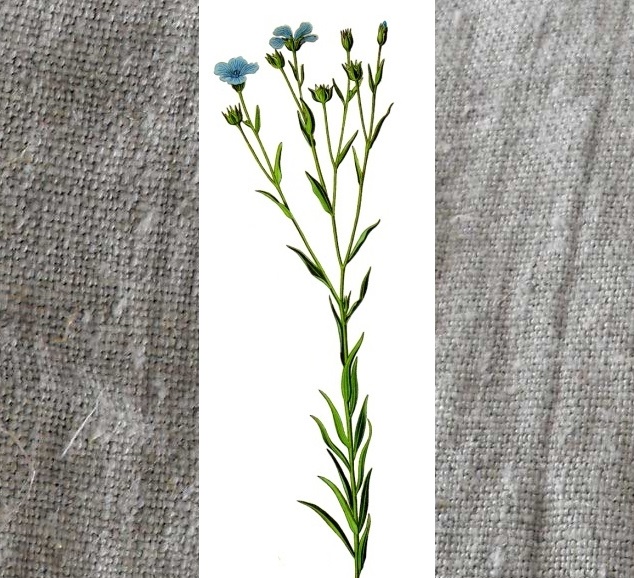 Linen is one of the oldest plant fibers used by humans for clothing and bedding. Our word “linen” comes from linon, the Greek word for flax. It is made from fibers in the inner bark of flax stalks. These fibers are separated from the flax by a process called “retting.” In this process, micro-organisms or caustic agents eat away the softer parts. When the retted flax is crushed and washed, the fibers alone are left.

The cross-section of linen fibers is irregular. This makes the thickness of strands uneven, thicker in some places, thinner in others, creating “knots” in linen threads which show in woven fabric, what is called the “linen look.” In spite of this, the fabric is still smooth, strong and durable.

Linen is soft and breathable and wicks moisture away, keeping wearers cool in hot climates. In addition to being cool and smooth, linen is also lint-free. The more it is washed, the softer it becomes.

How is linen used? 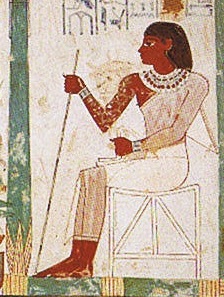 Flax was cultivated extensively in ancient times. Linen has been associated with purity, and was worn by priests of several religions, as well as by royalty and nobility, as we can see in Egyptian art. Because the production of linen is more detailed and longer, it is more expensive than most other fibers, such as cotton and wool. Therefore, even in recent times, linen cloth has been regarded as a higher-class fabric.

In the past 200 years, linen has been used for undergarments, nightclothes, fine shirts and blouses, etc. It has also been used for tablecloths, towels, sheets and pillowcases. Even today, with other fabrics being used, these items are still called “linens.”

Since mattresses were first made, those who could afford it preferred a linen ticking (or cover). This has been true since the development of modern mattresses in the 19th Century. Higher-class and more expensive mattresses are more likely to have linen coverings than the less expensive alternatives. Even with modern linen production methods, few models are linen-covered, such as Linen Experience by Magniflex, The Alameda and The Pittock by Parklane Mattresses, and Tempur-Choice Supreme and Tempur-Choice Luxe by Tempur-Pedic. And Stearns & Foster sells linen-covered foundations for their mattresses. Linen used to be mostly woven, but as a mattress cover fabric it is usually knit.

Sheets, pillowcases, blankets and quilts are collectively called linens. This does not mean that they all contain linen, but some do, especially higher-priced collections.

There are some advantages of linen as the cover fabric for a mattress. The first is its ability to quickly absorb water, then release it. This helps keep the sleeping surface of the mattress dry by absorbing perspiration. The moisture then evaporates, which cools the surface and the sleeper. Since linen is free of lint, it does not transfer lint to nightclothes.

Linen is more expensive than cotton and polyester, the two most common mattress cover fabrics. But if you can afford it, and you find a mattresses otherwise preferable which is linen-covered, it is worth considering.

This entry was posted on Friday, July 4th, 2014 at 6:27 PM and is filed under fabrics, mattress covers . You can follow any responses to this entry through the RSS 2.0 feed. You can leave a response, or trackback from your own site.