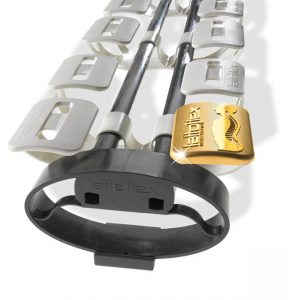 Wood slatted foundations, more commonly known as European wood slats, were developed in 1956 by Karl Thomas and his son Wilfried Thomas for better support of mattresses. Just as James Marshall invented pocket coils for his wife, Karl Thomas developed the slatted frame for his. In other words each invention was to meet a need.

The Thomases sold the slatted frames under the name of Lattoflex. Wood slats became the standard flexible foundation for beds in continental Europe just as box springs became the standard in America. Over the next 40 years, the Thomas Group improved the design of slatted frames. The first development was adjustability of the slats, a prime feature of slatted foundations used by Design Sleep and European Sleep Works in this country.

Meanwhile, sleep research continued on both continents. Thomas Group used results of this research in their research and development department in Germany.

In 1996, Lattoflex introduced a new kind of slatted foundation. Instead of wooden slats, metal rods went across beneath the mattress. Extending from these rods were wings, plates of metal at the ends of arms. These had two advantages over the wood slats. First, they were more flexible, with more response points under the mattress. Second, they provided full support with much less contact surface. This meant more ventilation for the underside of the mattress, making it cooler and discouraging mildew and mold. 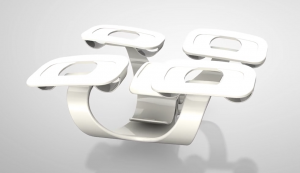 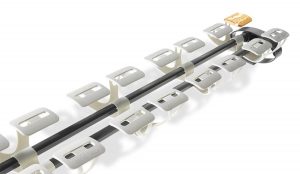 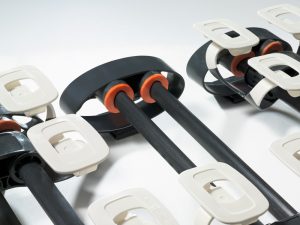 There were–and are–two Lattoflex series, Lattoflex 200 and Lattoflex 300. The firmness of areas in the 300 series can be adjusted. Lattoflex also makes adjustable beds with this kind of surface.

The winged suspension concept is applied in the lower half of Thevo therapy mattresses, made by Thomashilfen, a member of the Thomas Group.

It remains to be seen how this concept will affect foundation designs by other bed manufacturers. But since Dormeo Octaspring introduced the foam spring, other manufacturers have begun making foam springs of their own.

This entry was posted on Saturday, October 3rd, 2015 at 10:25 PM and is filed under adjustable bed reviews, adjustable beds, box springs, foundations, springs, wood . You can follow any responses to this entry through the RSS 2.0 feed. You can leave a response, or trackback from your own site.

One thought on “Beyond Wood Slats: Winged Slats”